The last few months have mainly been spent preparing for winter, filling the log shed, getting draft proof shutters up and generally hibernating whilst the long dark days creep along.  The shortest day of the year came and went and now finally we can start to dream about how we might fill the longer days ahead.

After days of procrastinating about which bulbs to plant this year, I decided to stick firmly to an inspiring border I photographed in May, which was a lovely combination of soft lemon and deep burgundy, it was so striking that I decided to adapt it to my own garden.  Then came the slow decision process about which type of bulb to plant, so all things considered I eventually placed my order and tried to forget about it incase my indecisive mind was influenced by anything else I might happen across.

An exciting parcel of bulbs arrived and before long they were carefully put into the ground. During their planting I unearthed the mystery of where frogs go during the winter, seemingly sleeping alongside tulip bulbs!  I was careful to plant around them, thereby disrupting them as little as possible. A lizard slowly crept along the back of the border, disappearing into a crevice of the house and in my log shed I came across a rather handsome toad who gathered pace, as much as a toad can, and disappeared out of sight retreating into the safety of the wood pile.

The bird song this time of year is rather wonderful, that busy chatter is on hold and gentle tunes linger throughout the day provided by a fully stocked blackbird and the robin that follows me about. A beautiful pair of Jays, decorated in their soft pink feathers and bright blue/black stripes regularly visit and sit on the pear tree stocking up on the bird seed in the feeders, this is tentatively followed by flighty clouds of Long Tailed Tits which sweep through very briefly, such a lovely sight.  I have yet to meet the badger that runs a mock on the lawn and has dug up all of last year’s bulbs, could be interesting to set up a remote night camera to capture him, the true geek in me would be in heaven.

My crab apples which have been hanging like Christmas baubles, have given not only a great display but provided a wonderful winter feast for the blackbirds. They have finally finished filling their beaks on the ripe fruit, so now I will attempt to carefully prune the trees to try and achieve the pleached effect that I had originally desired. The limbs removed sit beautifully in simple large glass vessels decorating the house, as well as small mustard jars, from the odd windfall.

Well 2014 promises to be good one and now it’s time to get the creative juices flowing by starting to plan some exciting projects; photographing artisan bakers, traditional map creators and illustrators. 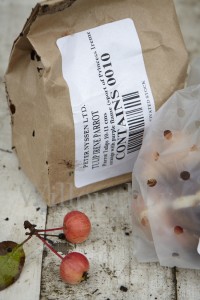 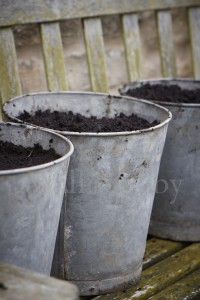 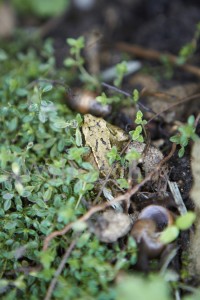 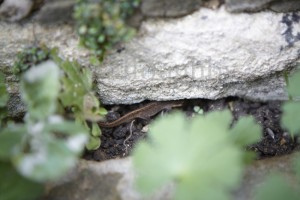 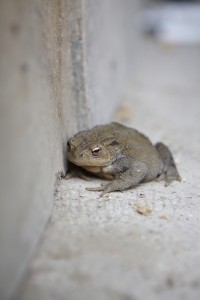 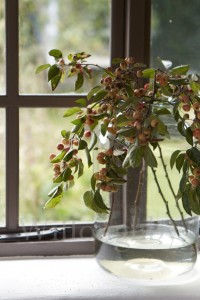 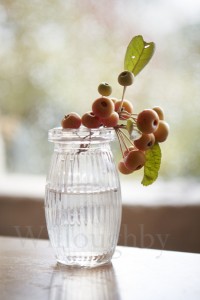 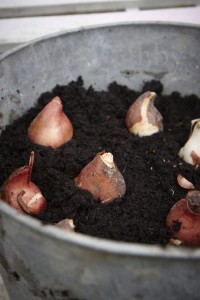 Written By brittwilloughbydyer On 24th January 2014